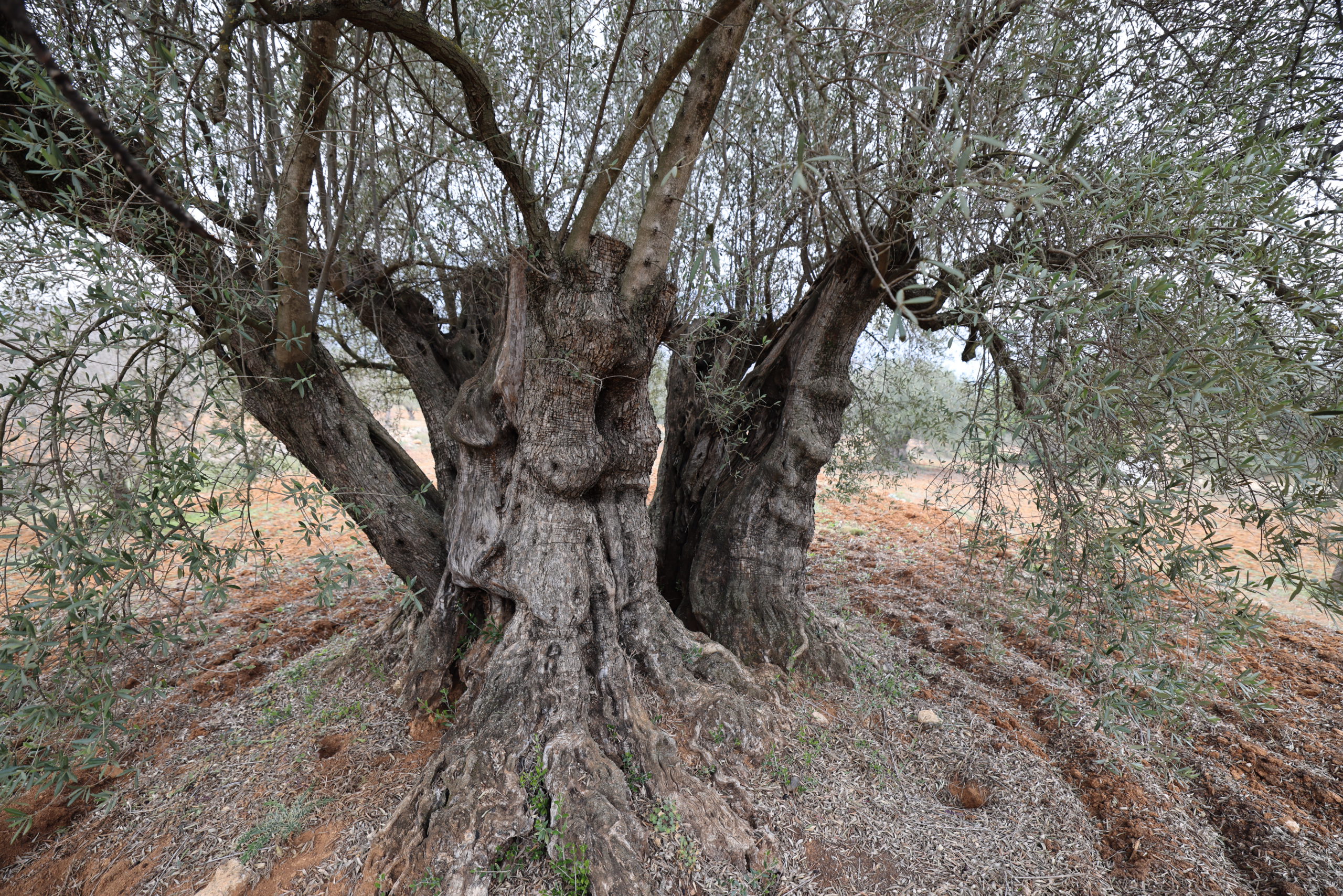 “That is the Benicadell Mountains.” Carlos Cano Martínez pointed to a reasonably close mountain range in the distance. He then pivoted forty-five degrees and pointed in another direction, “That one is Sierra Mariola. We are now in the valley.”

Carlos and I were standing in one of his family’s many olive groves that they manage through the company, Almazara La Alquería—this one was outside of the Village of Turballos, located in the Province of Alicante, Spain.

“I don’t know,” He responded when asked how many individual groves the company had. He went on, “Because every year we sell the oil and need more. And we [acquire] more farms.” I would learn that the company is consistently buying and leasing additional groves to keep up with customer needs.

Earlier in the visit he confirmed that the company manages 150 hectares containing about 30,000 olivos (olive trees).

Carlos is one of several family members at the helm in the business. It was started by his grandfather, Juan Martínez, in the 1950s, when Juan modestly purchased an olivar (olive grove) the size of two hectares. Operations grew from there. The family members presently in the business include his: Father Tony, Uncle Juan, Brother Gabriel, and Cousins Rafa and Mari.

“Does she still drink olive oil?” I asked rhetorically with a smile.

Carlos let out a big laugh, smiled, and exclaimed, “Yes!”

This is camomile. He pulled a string of the herb out from the ground. “Smell, smell…” He pressed a finger that held the herb a moment earlier to my nose—a distinct and pleasant aroma quickly became present.

“Aromatic plants… Then the oil has aromas.” He explained.

As one gets more into the world of high-quality Extra Virgin Olive Oils (EVOOs, or AOVEs, in Spanish), one quickly begins to pick up on the various flavours in different EVOOs such as green bananas, olive leaves, green almonds, freshly cut grass, and many more notes. And what Carlos explained was that many of these flavours occur because of concurrent plantas (plants) and herbía (herbs) that exist in the groves around the trees.

Another example, and perhaps the most salient one during the visit, was when we were observing an olivo in one of the groves that was sacredly at least a millennium in age, and peculiarly, existing from one part of its trunk was an outgrowth of a small almendro (almond tree).

Predominantly, three cultivars are harvested by Almazara La Alquería: the nationally popular Picual, and two cultivars indigenous to the region—Alfafarenca and Blanqueta. To produce their three annual flagship olive oil brands, the company begins the harvest in October (known in the sector as an Early Harvest), processing occurs quickly after the olives are picked, the oils are cold-pressed, tank-stored, and finally, packaged through aesthetically pleasing and functional bottles.

South of the City of Valencia, and north of the City of Alicante, lies the olive groves of Almazara La Alquería, a family-owned and operated almazara (oil mill) that’s into its third generation of producing splendidly tasting Spanish olive oils.