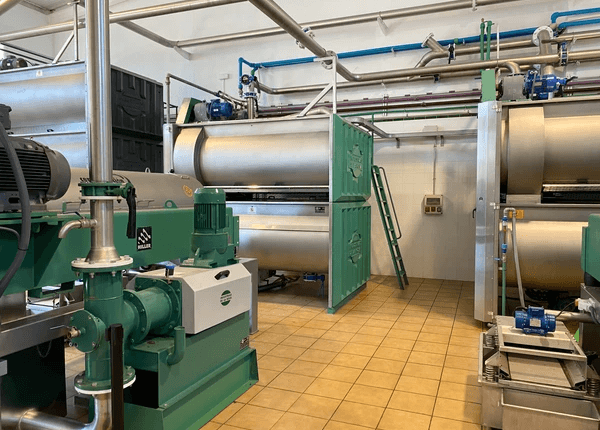 Where: Province of Jaén, Spain

“If you want good orange juice, you start with a good orange.” Edurne said to me while we sat in a classroom at Oro Bailen’s head office and olive grove in Villanueva de la Reina, a rural Spanish community that’s a 30-minute drive northwest of the City of Jaén.

Edurne Rubio Anguita is the Export Manager at Oro Bailen and has been with the company for 11 years. She started our meeting educating me on the process Oro Bailen goes through to produce high-quality Extra Virgin Olive Oil (EVOO). And it shows—At the 2020 international olive oil competition, EVOOLEUM, amongst 650 entries, Oro Bailen’s Picual cultivar submission was awarded “Absolute Best” (1st Place).

“The first step is we start with the fruit.” She started. “We perform our harvests in late September, early October each year.”

“Yes. It’s cheaper to do it in December because you can get more oil but the quality is better in October.”

As she explained, 20-25% of an olive can be turned into oil from olives picked in December; only 10% in October. So essentially, by a company conducting an October harvest—known as an early harvest—they obtain less olive oil per olive, which costs more, but the quality can often be better.

“Amongst other tests, we wait for the olives to look a certain colour.” She continued.

Essentially, they are visually looking for the fruit to predominantly have ripened to green with sprinkles of red.

Edurne shows me on her mobile device a picture of the general appearance of olives that are ready to be picked from an olivo (an olive tree).

“Next is the time from picking to storing.” Edurne continued with the steps. “Within only a two-hour period, all picked olives are processed.”

She stressed that this is something unique in the industry. Some processes can have olives that are picked sit for days or weeks, but as a result, the olives can be influenced by the climate, sitting upon each other, the handling of them over a longer period of time, etc.

And if ensuring olive oil is produced within two hours of the fruit being picked wasn’t high-pressure enough, Oro Bailen does all their picking within a 20-day window each year.

A conveyor belt that transports picked olives into the plant for processing; from a picked olive to ready-to-bottle olive oil, Oro Bailen completes this process each time within a two-hour window.

Edurne sharing information about Oro Bailen and the olive oil industry during a tour.

The horizontal cylindrical tubes in the background control the temperature which can create a “cold-pressed” olive oil. Olive oil processed at around 17 degrees Celsius would be considered cold pressed olive oil by current standards.

Gargantuan-sized containers used to store olive oil. As Oro Bailen processes orders, they bottle the olive oil. Although all their olive oil is produced within a 20-day window each year, the company bottles olive oil for customers year-round.

“If the industry regulation is here, we’re up here.” Edurne motioned her hands to illustrate this statement as she explained that the company only produces olive oil that’s cold-pressed. “If the cold pressed standard is 26 or 27 degrees, we’re doing it at 17 degrees.”

In terms of storing the olive oil, the company does so in large, near-ceiling-high metal containers. In these sophisticated containers, they can control the quality better than if a bottle. The company will only bottle olive oil as orders come in.

Often when you hear about what makes high-quality olive oil you hear two things: cold pressed and 100% extra virgin extra oil. This brings up the latter point.

“When you have parts of an olive oil that can’t be used because of poor quality it’s sent to a refinery, scraped down to a clear liquid without odour or taste and then a small amount of extra virgin olive oil is added to it.”

When I asked about Oro Bailen’s history I was surprised to learn that the company was only started in 2005. It’s run by a business man named José Gálvez and the father and son are involved in the business in some fashion too.

The company has four cultivars: Picual, Hojiblanca, Frantoio, and Arbequina. The Arbequina was recently added to expand their roster.

“We have an olive oil for every situation,” Edurne said to me as we were in the gift shop concluding our tour and she was grabbing me a complementary pack of their four cultivars.

What were my thoughts of the award-winning Picual?

I first tried it a couple weeks ago in a meeting at EVOOLEUM’s (AEMO) office in Cordóba, the organization that conducts the EVOOLEUM Awards each year. Although my olive oil tasting palette isn’t expertly honed like the 23 jury members who judged this year’s awards, it was still easy for me, and likely easy for most, to distinguish green banana and cut grass as you sip on their Picual. And as one’s taste buds become more acute, expect to discover even more complexities to this blend. In terms of spiciness, I sensed nothing immediate, however, after a few seconds spiciness manifested and then intensified for a pronounced ten to twenty seconds while still remaining manageable. For those used to standard olive oils that lack complexity, you’ll consider Oro Bailen’s Picual a spicy olive oil.

As I was leaving the office, Edurne made sure to make a point about the region’s olive oil producing capacity.

“There is more olive oil produced in Jaén than all of Italy.” She said. If you ever get a chance to drive through the Province of Jaén, or anywhere in Andalusia for that matter, you’ll some evidence for this statement!

Edurne Rubio Anguita, the Export Manager at Oro Bailen, at the front of the company’s head office.

There you have it. A summary of the steps that go into one of the world’s best-made olive oils: Pick the fruit when it’s ready, do it early, do it quickly, and impeccably store it.

There are likely more secrets in their process but these are simple and understandable steps that help others, like me, gain more knowledge about the fascinating world of EVOO.

If you’re ever in the province of Jaén look up Oro Bailen. Once some normalcy returns after the pandemic, the company plans to resume regular educational sessions, tours, and re-open their gift shop.

A photo taken on the coast of Nerja, Andalusia, of Oro Bailen’s four bottled cultivars.

Roasted on the Coast of Spain — Madness Specialty Coffee